Campaign for the release of the Panchen Lama

Washington DC: As a part of the campaign to seek the release of Tibet’s Panchen Lama, Gedhun Choekyi Nyima, who has been missing for 25 years, the Office of Tibet-DC reached out to the US Administration, the Congressional-Executive Commission on China, and other organizations with the following requests:
1) A tweet/statement regarding the forcible disappearance of Tibet’s Panchen Lama, and a call for his immediate release.

2) A resolution in Congress/Parliament in support of his release, and a call for the release of all prisoners of conscience under the authoritarian regime of communist China.

3) A call for the restoration of freedom and human rights, including religious freedom, for Tibetans in Tibet

In return, Ambassador Brownback, the International Religious Freedom, the Director of Human Rights Watch-China Sophie Richardson, Congressman Jim McGovern, and the Congressional-Executive Commission on China expressed their solidarity through Twitter. Various Tibetan Associations in North America also wrote to their respective leaders and officials to support the immediate release of the Panchen Lama.

The United States Commission for International Religious Freedom (USCIRF) also expressed strong support, as the Panchen Lama is one of the USCIRF’s Religious Prisoners of Conscience: “amidst the increasing spread of the coronavirus around the globe, we are ever more worried about his health condition at this moment,” said Tenzin Dorjee, a former USCIRF commissioner, “we insist that the Chinese Communist Party (CCP) immediately release a televised statement on the well-being of the Panchen Lama and confirm that he is alive. The world community must also insist that China immediately release the Panchen Lama.”

A spokesperson for the U.S. State Department stated, “The United States remains deeply concerned that PRC (People’s Republic of China) authorities continue to take steps to eliminate the religious, linguistic, and cultural identity of Tibetans, including their ongoing destruction of monastic dwellings and other structures important to the study and practice of the faith. Members of Tibetan Buddhist communities, like all faith communities, should be able to select, educate, and venerate their religious leaders according to their traditions and without government interference. We call on Beijing to make public the Panchen Lama’s whereabouts and wellbeing immediately and to uphold its international commitments to promote religious freedom for all persons.”

34 Tibetan associations in North America have written to their respective Senators and Congressmen and state legislatures to support the immediate release of Panchen Lama. 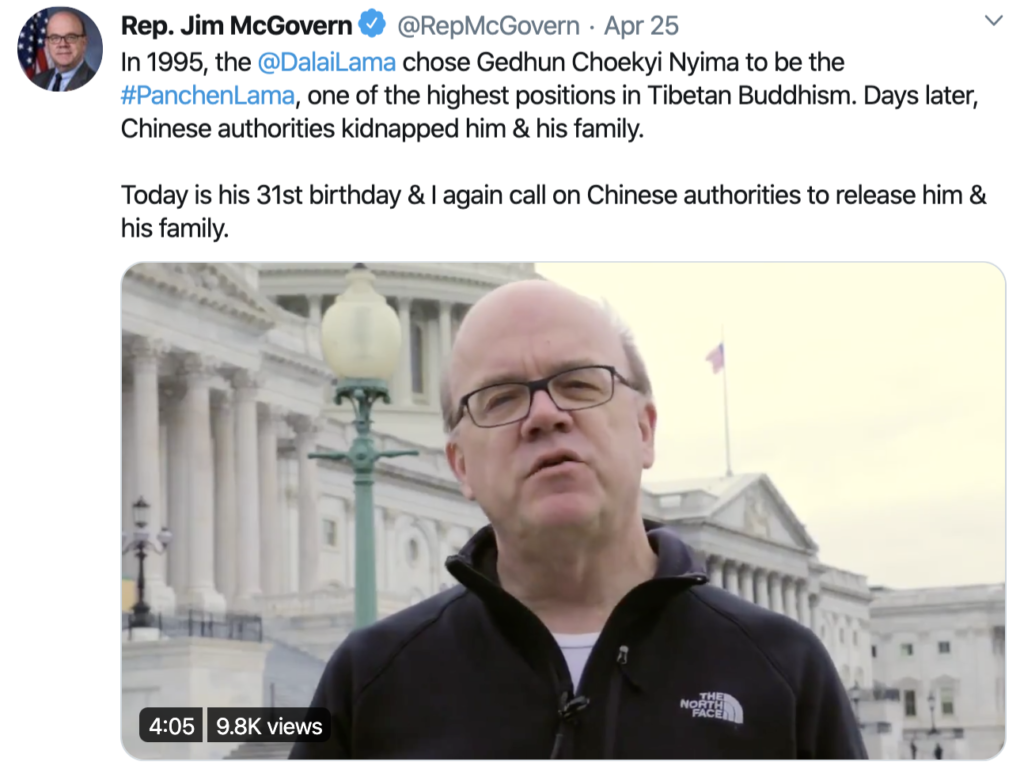 US Congressman Jim McGovern delivers a statement via his twitter handle on the 31st birthday of the Panchen Lama. 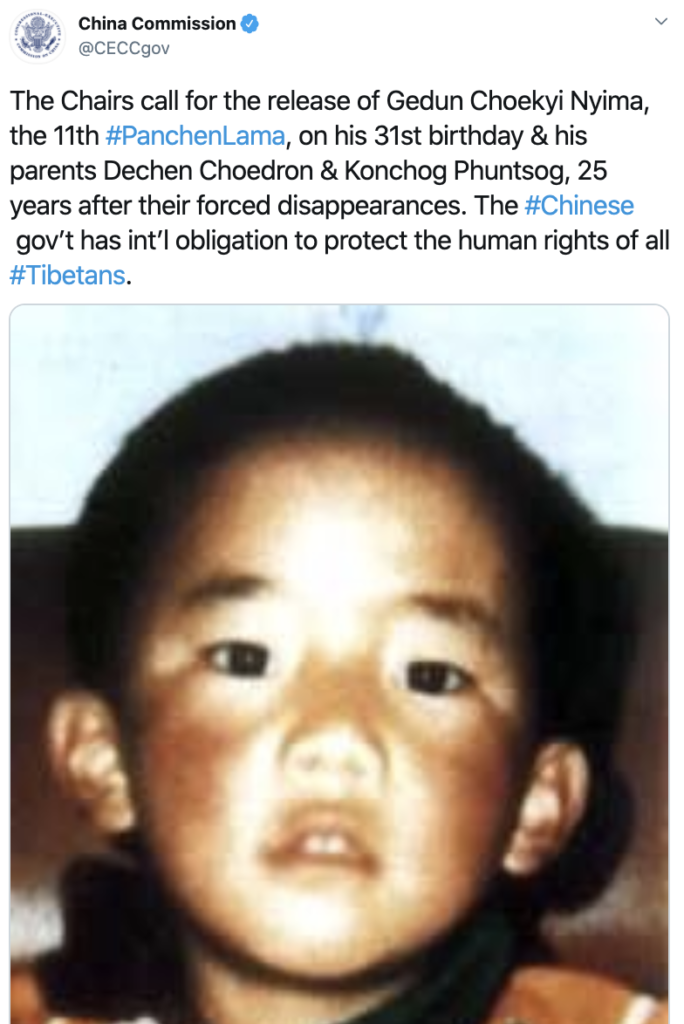 Statement by the Congressional-Executive Commission on China. 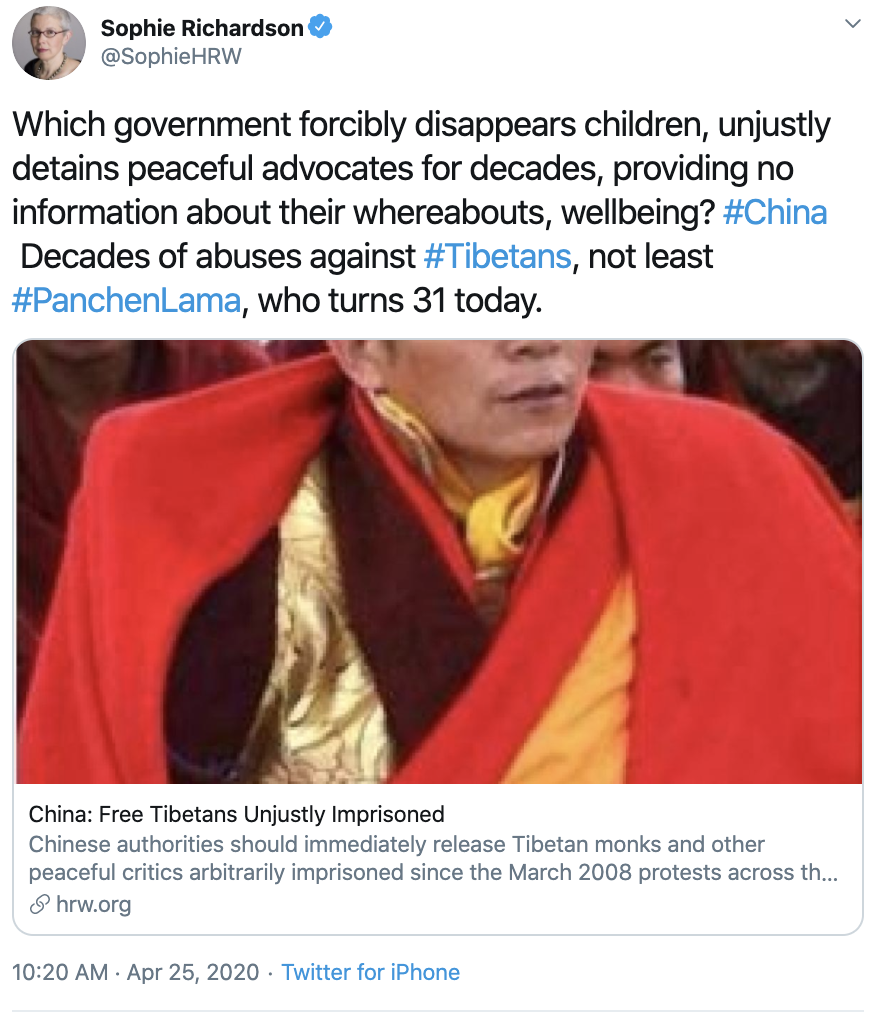