Dharamshala: Conveying his heartfelt greetings to the People and Government of India on the 71st Republic Day, President Dr Lobsang Sangay said India is a shining example for pluralistic democracy, urging Tibetans worldwide to imbibe the democratic values and practices.

”As India celebrates the joyous occasion of the 71st Republic day, I on behalf of Tibetans worldwide extend my heartiest greetings to the Government and People of India. I wish you all a joyous 71st Republic Day,” the President said.

“Indian elections are the world’s largest exercise in democracy with an estimated 600 million voter turnouts, far surpassing the total turnout in the whole of North America, Europe and Russia. Such is the deeply rooted, pluralistic and vibrant democracy of India.”

“It is India’s commitment to upholding the democratic principles and values which has nurtured and balanced the diversity of India – from language, religion, ethnicity to culture.”

“This is an example that we the Tibetans must imbibe. In appreciating the gift of democracy bestowed by His Holiness the Dalai Lama, we must strive to uphold the principles that underpin a vibrant and thriving democracy and come together as one people.”

“Lastly, I would once again reiterate our heartfelt gratitude to the People and Government of India to whom we remain ever indebted for their generous support for all these years.

“We pray for the success and prosperity of India. May India continue to flourish in every field. Thank you.”

The President along with Honourable Minister Rajiv Saizal, Social Justice and Empowerment, Corporate Ministry of Government of Himachal Pradesh, was attending the official celebration of India’s 71st Republic Day at the police ground, Dharamshala. 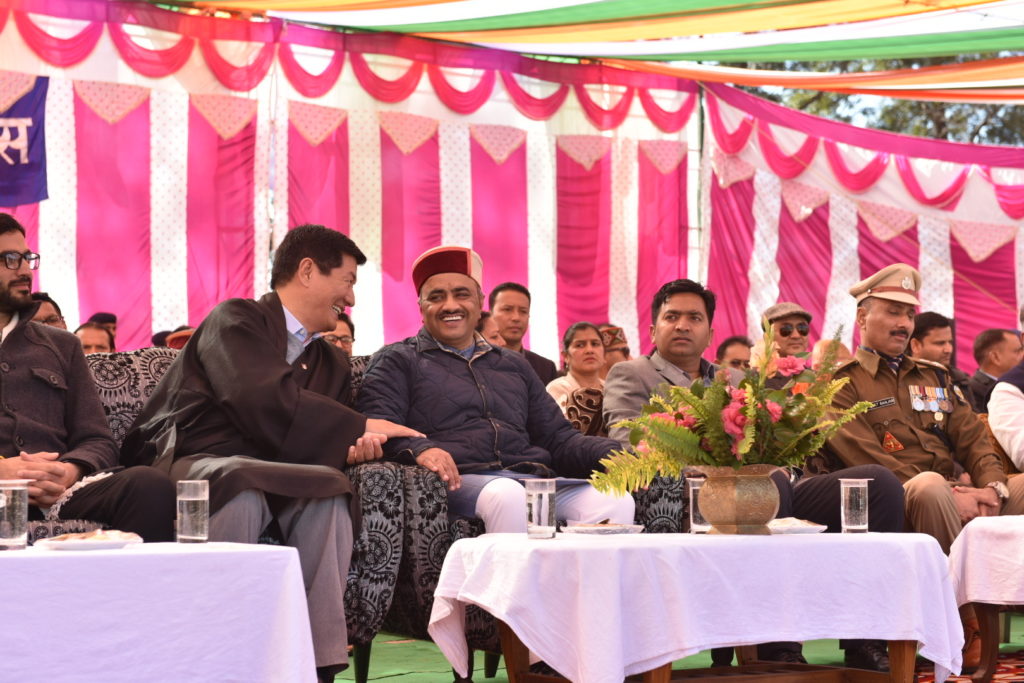 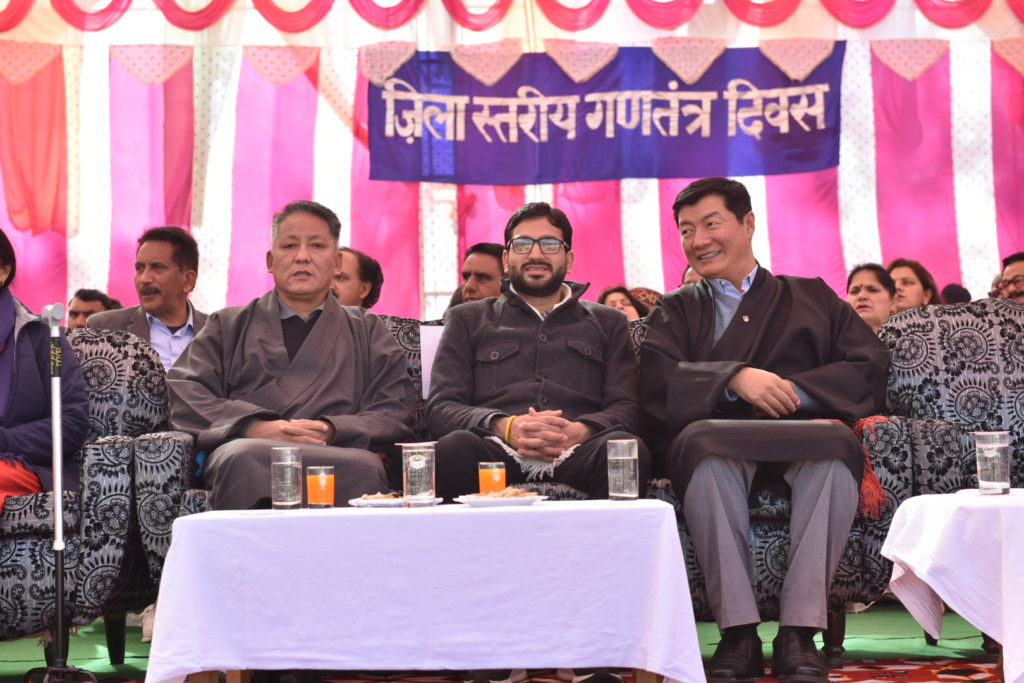 President Dr Sangay and Kalon Karma Yeshi at the official celebration of the Republic day at police ground, Dharamshala.