Addressing the gathering, Deputy Speaker acknowledged the continuous support of India for the past 60 years to Tibetans which has garnered international platforms for the Tibet issue.

Commenting on the increasing number of self-immolations inside Tibet, he said, “Tibetan struggle is still alive because of the great leadership of His Holiness the Dalai Lama, the courage of Tibetans living in Tibet, and the hard work of the one lakh forty thousand Tibetans living in exile. Tibetan struggle today is led by 3rd generation of Tibetans both inside and outside of Tibet.”

“Historically, Tibet and India shared a cordial relationship based on religion, culture, and language. During that time, Indian pilgrims do not need visas or fitness checkups to visit Mansarovar Lake or Mount Kailash, but after the occupation of Tibet by the Communist Party of China, Indian Pilgrims have to get fitness checkup and visa to visit Mansarovar Lake and Mount Kailash. The sino-Indian war of 1962 had created numerous border problems in India. Even today, the Chinese government is creating problems on the Indian border and environment that explain that the occupation of Tibet by the Communist Party of the Chinese has created problems not just to Tibetans but also to Indians. Indian Army Chief, General Manoj Mukund Naravane also said that Indo-China border issue can’t be settled until the Tibet- China issue is resolved,” he added.

Deputy speaker then presented honorary presents, publications of Tibetan Parliament-in-Exile, and the resolution passed by the 3rd Special General Meeting to the guests. 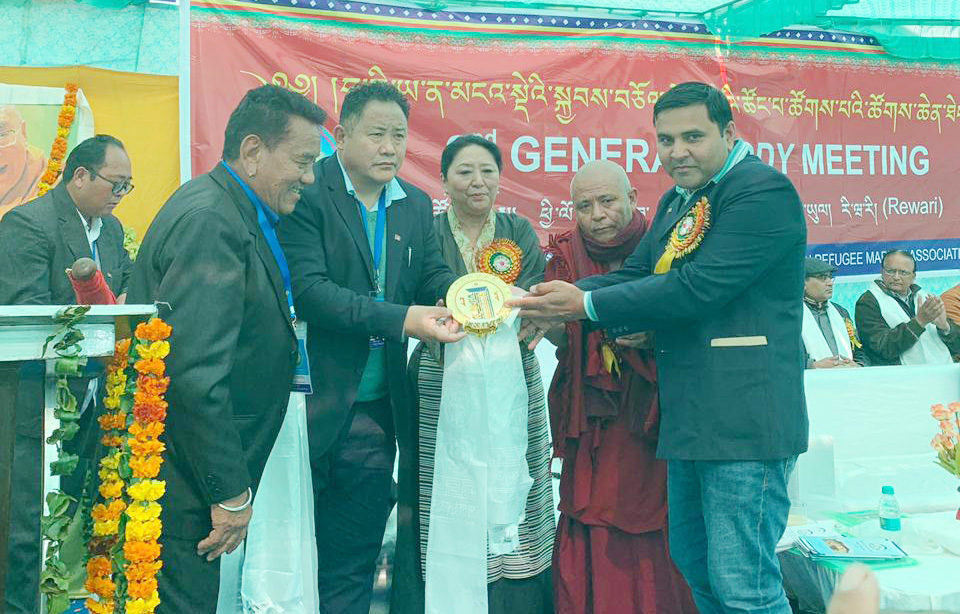