Dharamshala: As the deadly Wuhan coronavirus continues to spread across the world bringing the death toll to nearly 1800, Tibetans of the Tawu region in Tibet wrote to His Holiness the Dalai Lama seeking his advice and divination reading on the on-going epidemic as 39 Tibetans in the region have been reportedly infected.

In response to their request, His Holiness assured them that situation ‘isn’t that grave’, However, he advised them to collectively adopt a special precaution in health care. Additionally, he prescribed them to chant Tara mantra as much as possible and noted it could possibly help contain the spread of the epidemic. He also advised them to meditate on Bodhicitta (Tib: བྱང་ཆུབ་ཀྱི་སེམས་) and Emptiness (Tib: སྟོང་པོ་ཉིད་).

On 31 December last year, China alerted WHO to several cases of unusual pneumonia in Wuhan, a port city of 11 million people in the central Hubei province. The virus causing the outbreak was identified as  2019-nCoV.

The virus has killed at least 1,665 people in mainland China and has infected some 69,000 worldwide, mostly in China. 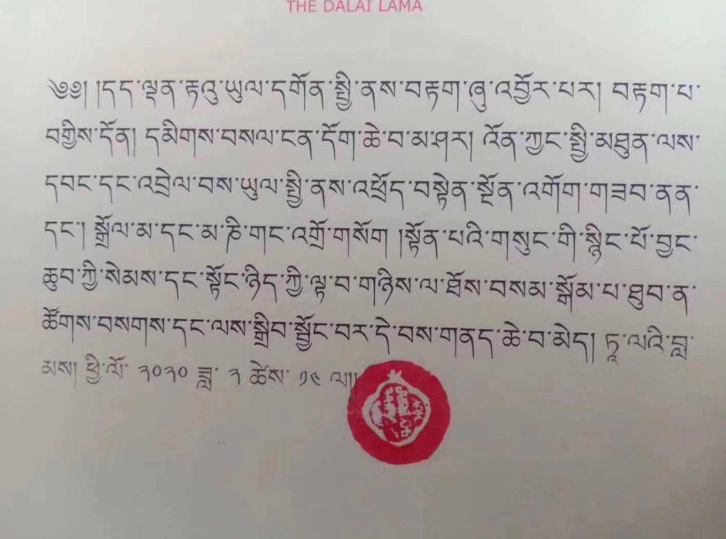 The instructions issued by the Office of His Holiness the Dalai Lama.