His Holiness the Dalai Lama: Intelligence combined with compassion are basis for global responsibility

Bodhgaya, Bihar: His Holiness the Dalai Lama today addressed the gathering of Tibetan and Chinese students in New York via videocall from Bodhgaya, Bihar. Speaking on ‘secular ethics and global responsibility’, His Holiness said that the modern world lay great emphasis on materialistic development while excluding inner peace.

His Holiness asserted that major problems in the world are essentially created by man, and so by default man has the ability to solve them by utilising his intelligence combined with compassion. He also observed the need for including inner values as an academic subject in the educational sphere. He asked the students to practise altruism in everyday life to attain peace of mind.

He then talked about the necessity to have global responsibility by overcoming narrow-minded and selfish attitude and meanwhile forging for the sense of oneness. He cited example of Tibet-China relationship and stated that economically, China can help Tibetans and in return, China can reap the benefits of Tibetan Buddhism. However, he underlined that the hardline policy of China on the Tibetan language and culture is ‘unrealistic’.

His Holiness has always urged his devotees to be the 21st century Buddhists who prioritise reasoning and logic over blind faith.

During the Q&A session, a  Chinese student put forward a question on the matter of reincarnation and asked how they could help the Tibetan issue. His Holiness responded, “the institution of the Dalai Lama does not matter, one-day it has to come to an end just as it began and developed over the years. It was the Tibetan people’s decision ultimately”.

He expressed his desire to engage in discussions with Professors at Chinese universities like he had had with scholars and Professors in America, Europe and elsewhere.

When asked about the possibility of religious harmony, His Holiness cited India as an example and stated that major religious traditions coexist in India amicably.

His Holiness concluded his interaction with the students on an important note about tackling the imminent threat of global warming.

‘Tackling the challenges of global warming calls for global responsibility” he added. 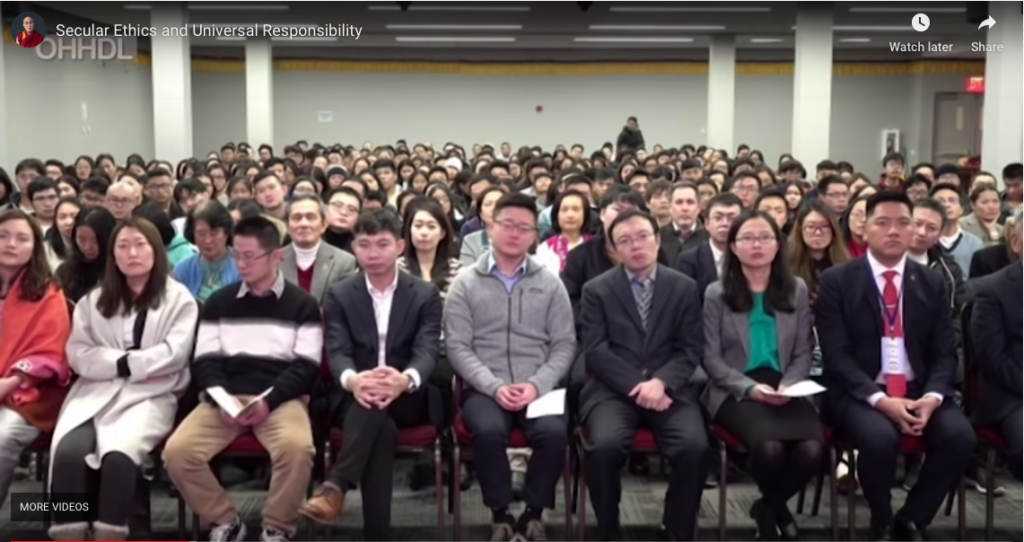 Chinese and Tibetan students in New York gathered for His Holiness’ talk on ‘Secular Ethics and Global Responsibility’ from Bodhgaya on January 11, 2020. Photo: Screengrab 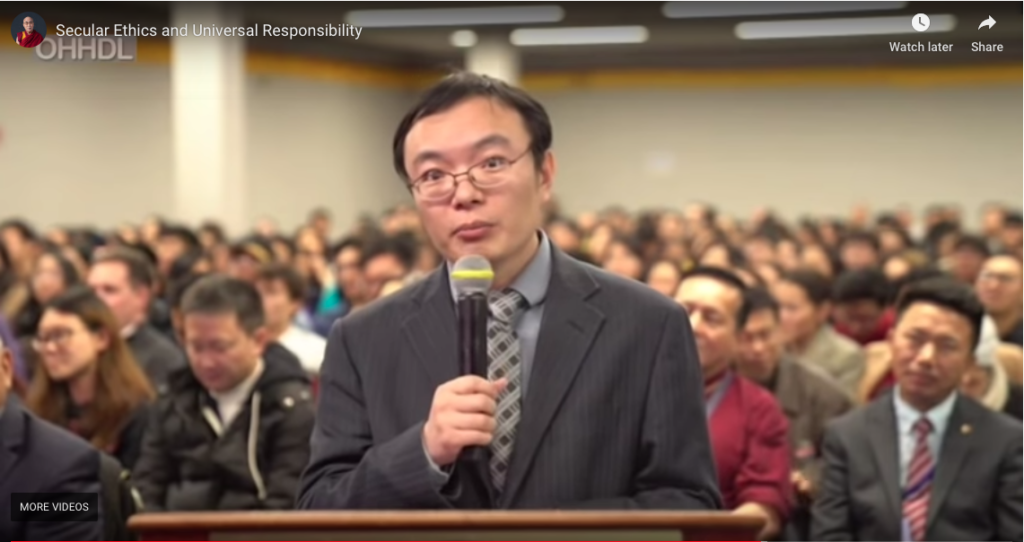 A Chinese student during the interactive Q&A session at the talk on ‘Secular Ethics and Global Responsibility’. Photo: Screengrab