Manang, Nepal: Following notification from the Tibetan settlement officer of Pokhra Tashiling, the Department of Home dispatched an emergency team from the Pokhra Settlement office to assess the devastation caused by a flood and landslide in Manang, Nepal. Excessive rains in the area in the last few days have caused a river to overflow causing flood and landslide in the region.

The assessment team consisting of the Pokhra TSO’s Office secretary and two relevant staff flew to the flood-affected area on 14 July, and interacted with the residents and listened to their grievances to assess the damage and destruction caused by the calamity.

Following the assessment of the destruction caused by the flood and landslide, the team provided basic necessities and monetary relief to the residents. The whole relief effort was carried out in a timely and effective fashion under the guidance and funding of the Department of Home.

Filed by Department of Home 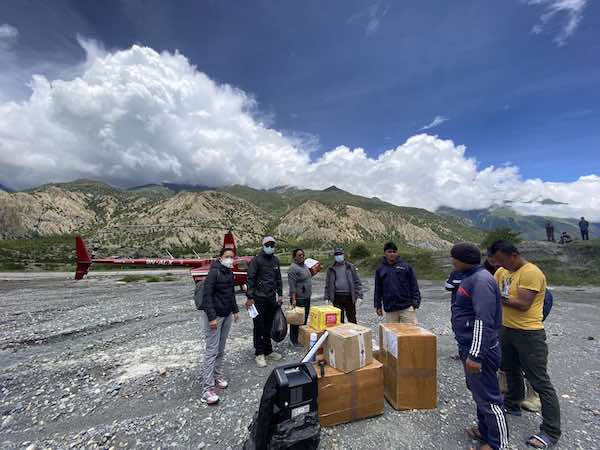 Food and monetary relief was provided to the residents.