No country has ever done more for Tibetans than India, says the President of Central Tibetan Administration

Kolkata, West Bengal: “No government or country has done more for Tibetans than this great nation called Bharat,” said President Dr Lobsang Sangay of the Central Tibetan Administration. President Sangay was speaking at the 60th anniversary of All India Convention on Tibet held in Kolkota today.

The democratically elected Tibetan leader in exile stated that the situation inside Tibet is still grim and self-immolations are in no way ceasing.

“The freedom index for the last 4 years in a row has listed Tibet as the second least free region in the whole world after Syria. The journalists in Beijing claims that its more difficult for them to visit Tibet than North Korea. This is majorly the reason why the situation inside Tibet does not receive the required coverage. As a result, self-immolations are rising”. 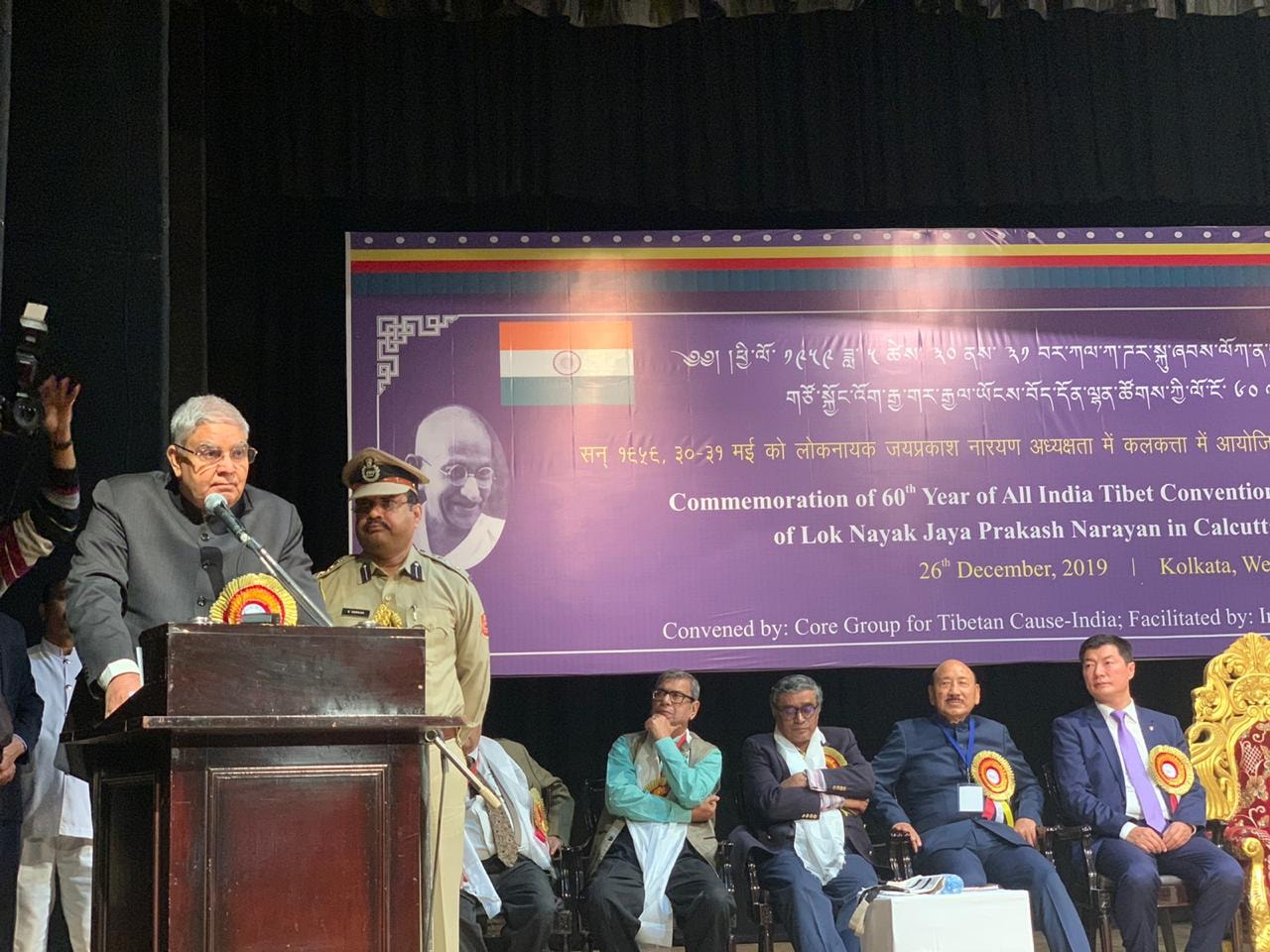 Remarking on PM Modi’s Make in India initiative, President Sangay said that the actual Make in India happens to be the Tibetan movement.

“The origin of Make in India is the Tibetan movement because the religion that we practise Buddhism and Tibetan script came from India. Tibetan leaders were born, educated and trained in India. The concept of ahimsa that Tibetans follow is inspired by India and the culture that we follow is very intrinsic to the culture of India. His Holiness the Dalai Lama has been the longest resident of India. We are but chellas and India is our guru” he said.

President reminded that if Make in India was to succeed then Tibetan movement has to succeed first. He alerted that the Chinese government in this regard is not to be trusted as it could potentially invade and occupy any of its neighbouring countries just as it did to Tibet.

President Dr Lobsang Sangay explained the gathering why China isn’t to be trusted by reminding them the episodes of the famous Panchsheel agreement signed between India and China in 1954. The so-called trade route agreement was in one way a kind of warning that doomsday is near.

“It so happened that In the Panchsheel agreement, the occupation of Tibet in 1959 and India-China war of 1962 was already predicted because Panchsheel was signed in 1954 and China wanted it to last for 5 years because in 5 years Tibet was to be occupied. However, negotiations ultimately led the agreement of 8 years and 8 years later in 1962, India was attacked even after signing the agreement” noted President Sangay. 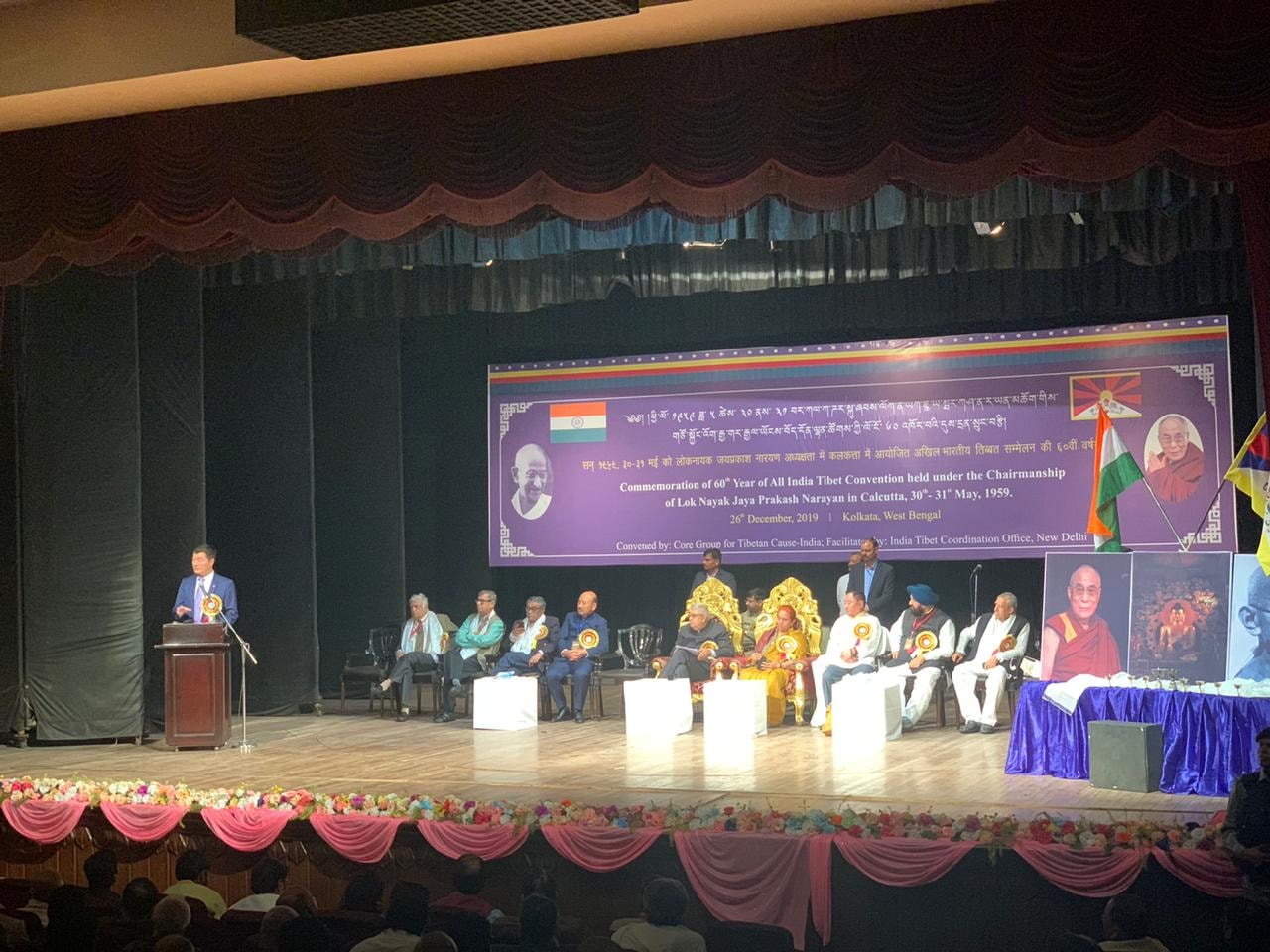 Despite the trial and turbulence that both Tibet and India had to go through, the historic bond shared between them kept them intact and India outranked all other nations in supporting the Tibetan cause.

“Until the issue of Tibet is not solved, the troubles and the challenges for India and the neighbouring countries of India will continue,” he said.

President Sangay ascertained that Tibet case is the litmus test for the conscience of the world. He said that Tibet holds the power of truth.

“This flame of truth will not perish and will continue to burn until justice prevails in Tibet,” said CTA President Dr Lobsang Sangay.

The commemoration of the 60th year of All India Convention was attended by Chief Guest Sh. Jagdeep Dhankar, Governor of West Bengal and many esteemed dignitaries.

The event was organised by the Core Group for Tibetan Cause-India to mark the 60th year since the All India Convention on Tibet, the first of its kind, held on 30 – 31 May 1959 under the chairmanship of Shri Lok Nayak Jaya Prakash Narayan in Calcutta (now Kolkata). 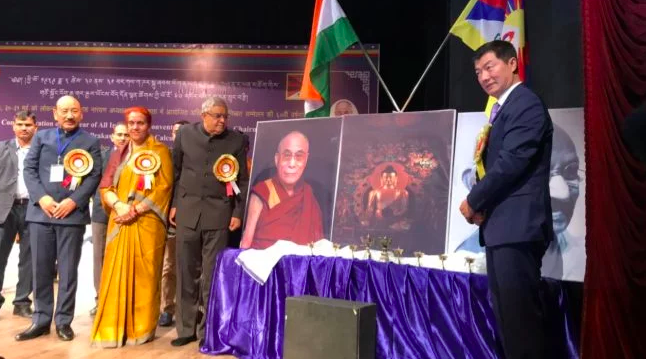 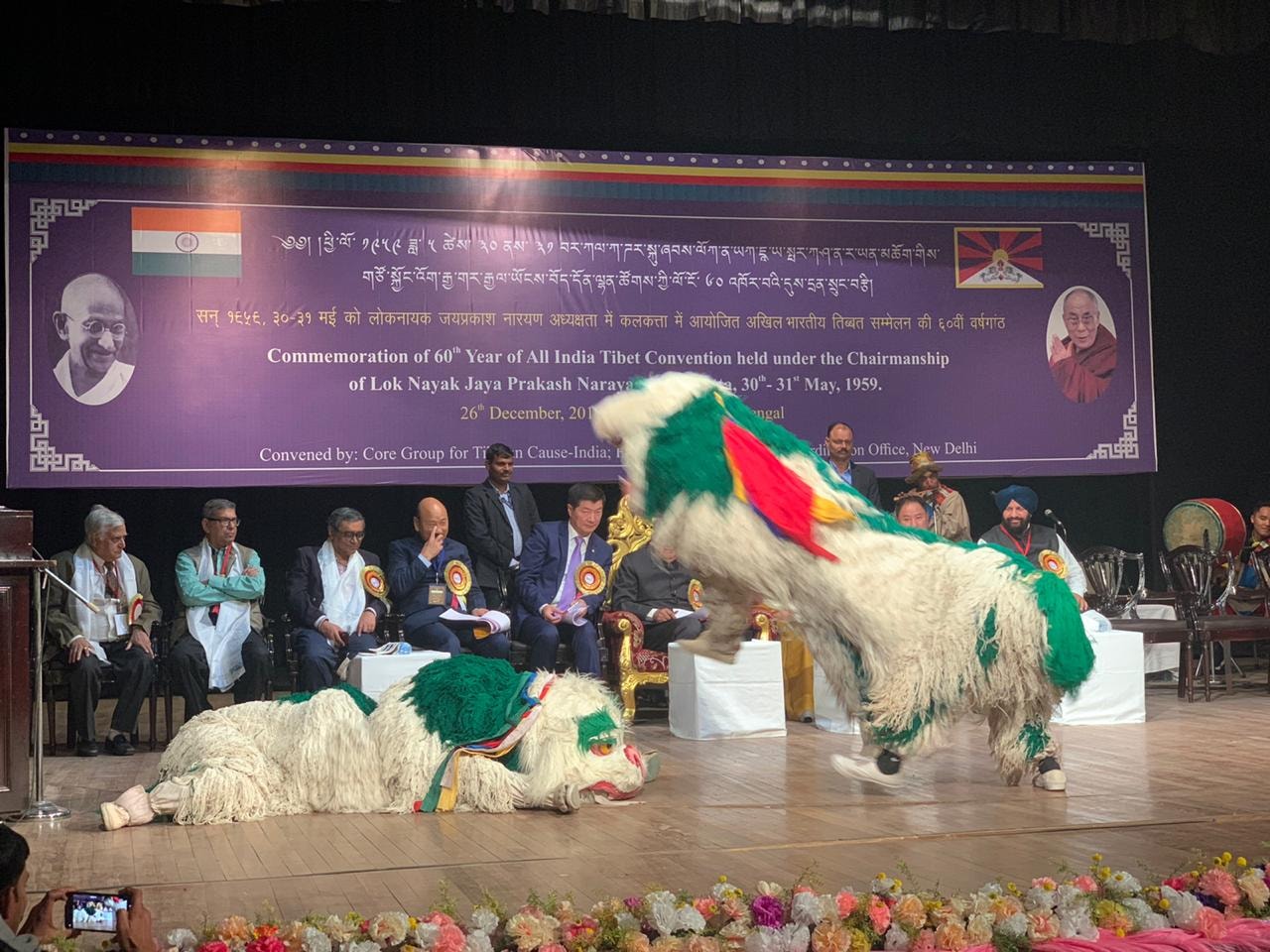