Brussels: Migmar Tsering, a Tibetan from Brussels, is staging a solo protest in front of the Chinese Embassy in Brussels to highlight China’s egregious human rights violations for over six decades in his homeland, Tibet.

China rules Tibet with an iron fist and for the 5th consecutive year, it has been ranked the second least free country in the world after Syria. Tibet is isolated from the rest of the world and Tibetans are held captive in their own country, where they are forced to undergo immense suffering.

As a result of these repressive policies where Tibetans are deprived of most basic human rights, 154 Tibetans in Tibet have self-immolated since 2009.

In view of the grave situation prevailing in Tibet, it was only natural for Migmar, as a human being and as Tibetan living in the free world, to express his solidarity with his fellow countrymen. Hence, he decided to stage this solo peaceful protest every Wednesday from 10.00 – 12.00 hrs in front of the Chinese Embassy in Brussels. He started this lone political activism on Wednesday 29th July 2020 and intends to continue for a year. He distributes leaflets to the public while walking the protest location and on his way back. Thus, he covers a distance of 7.4 kilometres every Wednesday.

Migmar says the main objective of his protest is to highlight China’s continued abuse of human rights in Tibet and to demand;

As unfavorable view of China reaches a historic high due to the spread of COVID-19 from its epicentre of Wuhan to the world, Migmar feels this is an appropriate time for individuals and organisations alike to carry out peaceful activism and be the voice of the voiceless Tibetans.

Every Wednesday, representatives of different associations and individual Tibetans show up in front of the Chinese Embassy to show their appreciation and support for Migmar Tsering la’s timely initiative.
-Filed by Office of Tibet, Brussels 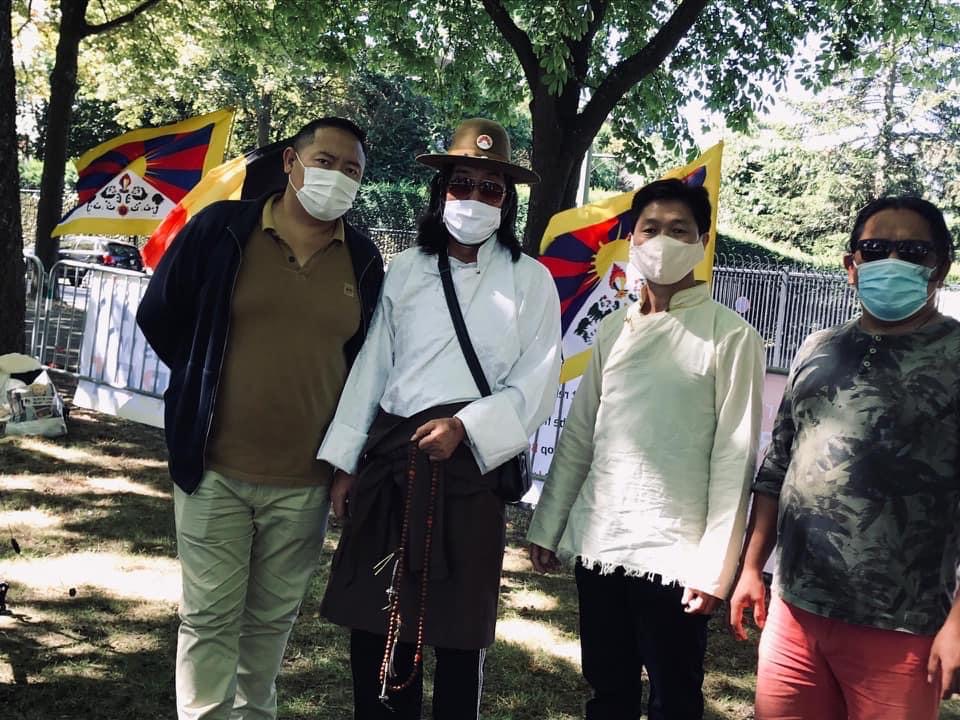