Puducherry: The Tibetan Parliament-in-Exile in collaboration with Sri Aravindra Educational Institutions hosted a panel discussion entitled ‘How important is Tibet Issue to India’ at Sri Aravindar Engineering College on 4 February.

Deputy Speaker Acharya Yeshi Phuntsok described the objective of the panel discussion and introduced each of the panellists.

Mr Claude Arpi, Scholar of Tibet and China, chaired the Panel discussion and briefed on the importance of Tibet’s issue.

This was followed by Lt Gen N.S Malik’s (former Dy Chief of Indian Army) talk on ‘Impact of Indian Security on Tibet’, and problems faced by India from the Chinese government after the usurpation of Tibet. Lt Gen further spoke on the significance of Tibet’s issue to India, recalling the former good times of not having a border issue between India and Tibet when Tibet was an independent country.

Prof G. S Murthy (Former Director of School of Chemistry, Andhra Pradesh) spoke on the importance of Tibet’s culture and religion. Explaining the close relationship between the cultures of Tibet and India in detail, Prof Murthy spoke about the courteousness and kindness embraced by the Tibetan people. He further said that even after the occupation of Tibet by China, Tibetans in and outside of Tibet have managed to keep the distinct Tibetan culture and religion protected and preserved, which he had witnessed during his visit to Dharamsala, the residence of His Holiness the Dalai Lama and the Central Tibetan Administration. Prof Murthy, who has had several opportunities of listening to His Holiness the Dalai Lama speak about the importance of Tibet’s culture and religion to India said that the Mount Kailash in Tibet, considered a holy site for Indian Hindus who are today facing difficulties in making pilgrimage visits because Tibet is under the control of China. So, it is extremely important for the Indians to support the Tibetan struggle of resolving Tibet’s issue.

Chair of the Panel discussion, Mr Claude Arpi spoke on the differences between the foreign policy of India before and after 1950, especially after the Sino-India war of 1962. He further said that the Doklam issue between India and China has occurred because of the flawed policy of India on Tibet’s issue. Since the political stand of the Central Tibetan Administration is ‘Middle Way Approach’, he said that India’s leaders and officials should speak about Tibet’s issue and Middle Way Approach while meeting the Chinese counterparts.

He said that about 1.5 billion people from ten different countries depend on the water flowing from six rivers of Tibet but critical components of Tibet’s ecosystem are undergoing major transformations due to climate change and failed policies of the Chinese government. Therefore, he requested all the neighbouring countries, especially India to resist the Chinese policies and endeavour to sign an agreement regarding the water of Tibet in the future.

During the conclusion of the discussion, Mr K. Ganeshan, the Principal of Sri Aravindar Engineering College delivered a vote of thanks. Finally, Deputy Speaker Acharya Yeshi Phuntsok presented souvenirs and traditional Tibetan scarves to the panellists, Principal of the College, and other members of the organizing committee.

Tibetan Parliamentarians also distributed various publications of TPiE to the attendees of the panel discussion. 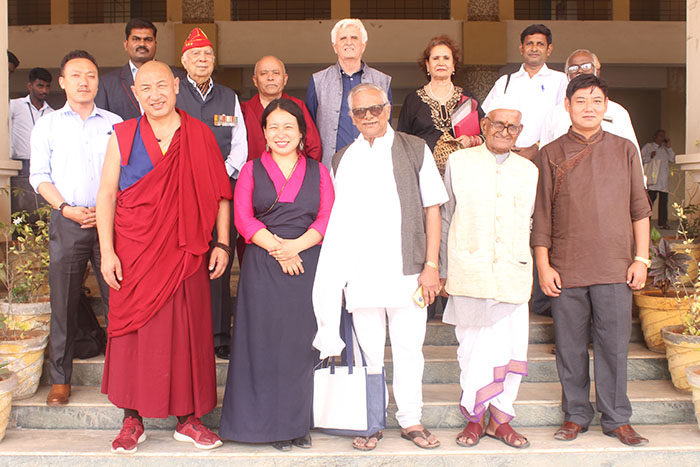 Members of the organizing committee of the Panel discussion along with Panelists. 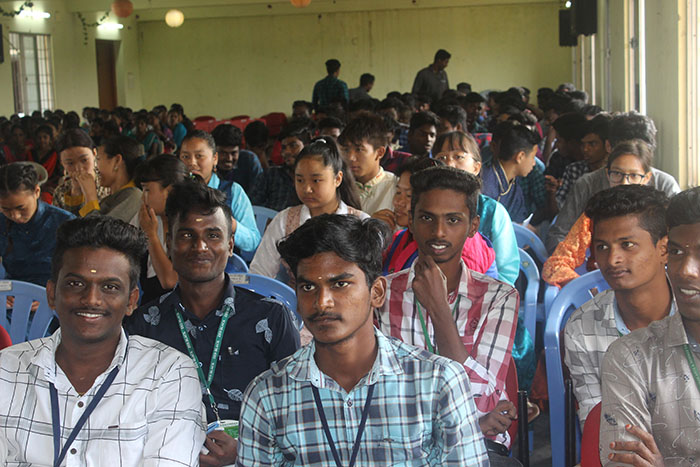 Students of Aravindra Engineering College during the panel discussion. 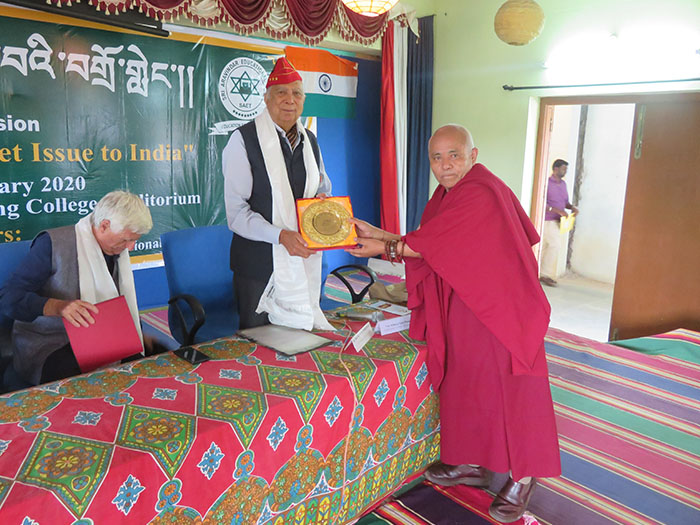 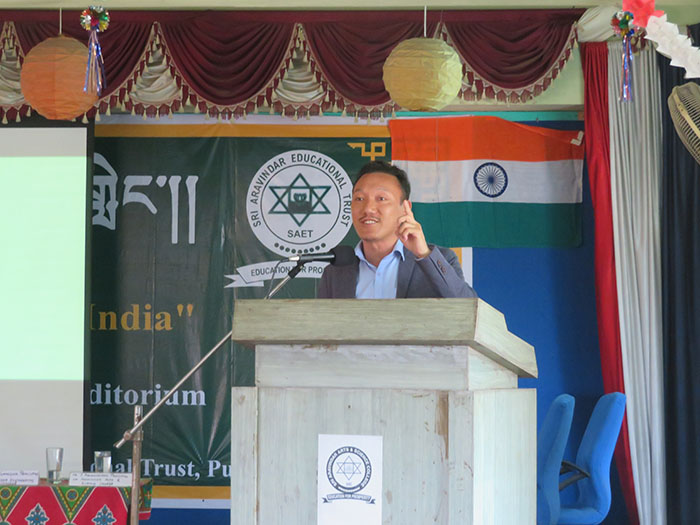 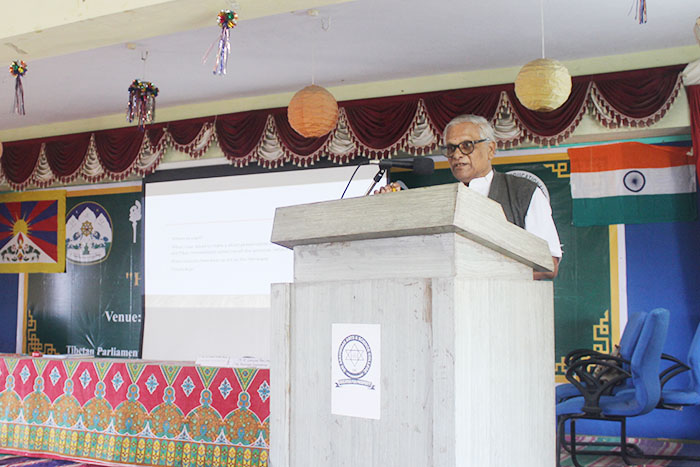 Prof. G.S Murthy speaking on the importance of Tibet’s culture and religion. 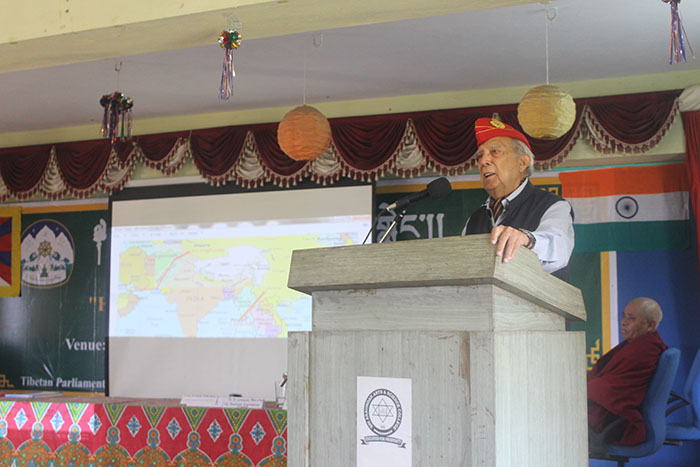 Lt. Gen N.S Malik speaking on the impact of Indian Security on Tibet.